SPRING 2019
Adolescents and young adults are able to seek refuge and aided assistance within their community.
Open Arms Press Release
What?
The design objective was to design and prototype a digital interactive product that solves a current core government problem. In this case, we came up with the concept of “Open Arms” which tackles the issue of teen and young adult homelessness.

A benefit to Open Arms is its assistance with actively locating and providing open homes, also it offers to aid resources. By offering resources, the app offers a safe support system to help individuals find the help they need to get back into society. With this option, adolescents and young adults can worry less about where to stay and how to get the help they deserve.
Who?
Lending help to young adults and adolescents, Open Arms is an app that provides a solution to those seeking support and a short term home before becoming homeless.
My Role
Design
Prototype
Test
Tools
Illustrator
InVision
Deliverable
High-Fidelity Prototype
Process
Prototype
Test
Research
Reflect 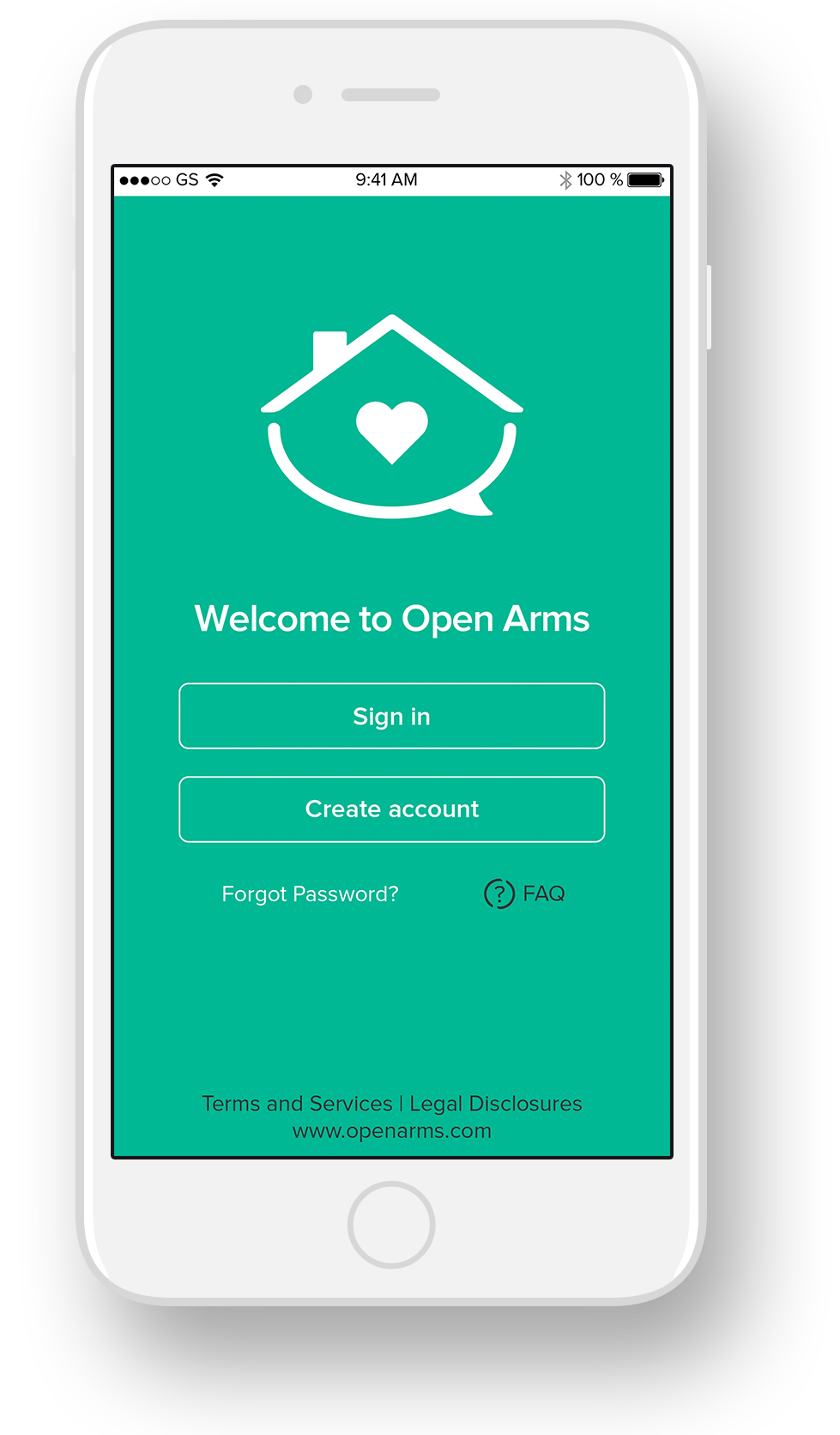 Low fidelity
These low fidelity screens were created to let us get a feel of how we want the design to look in the high fidelity stage. 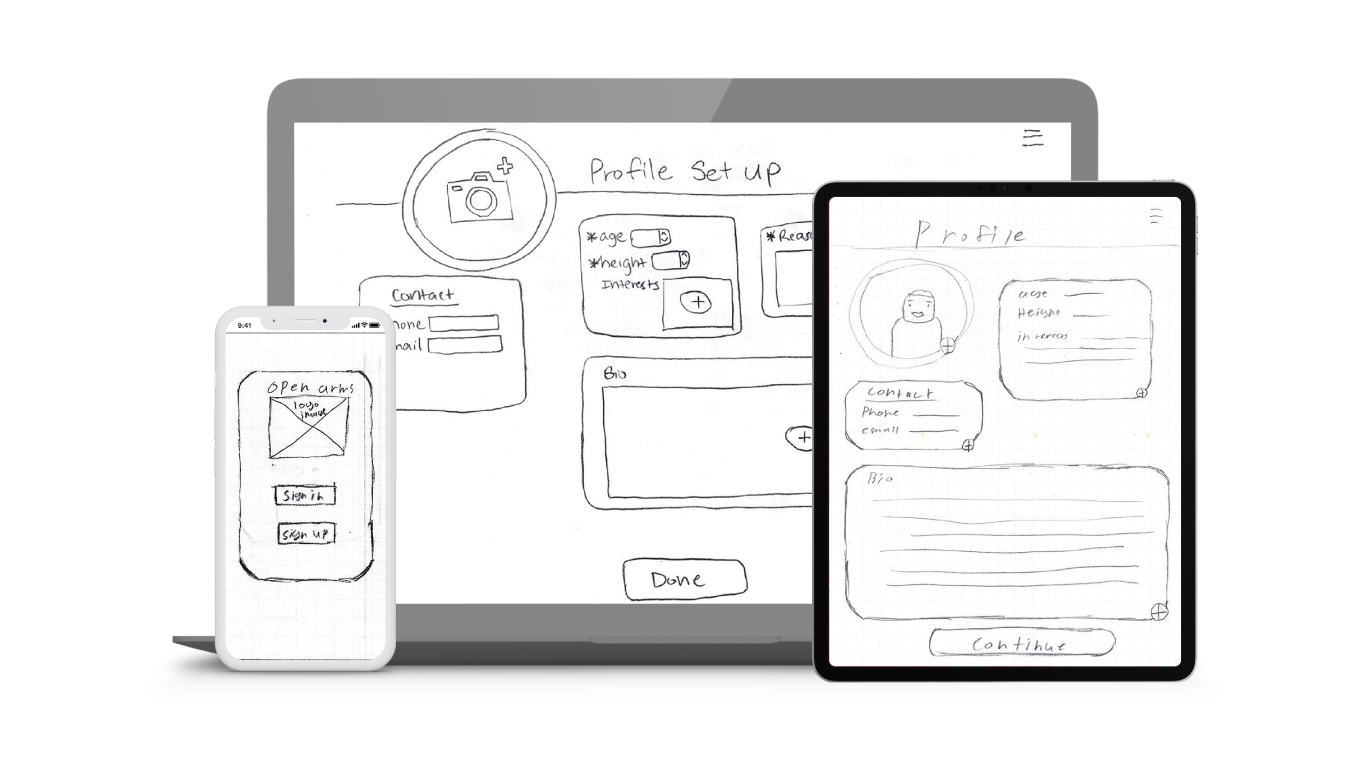 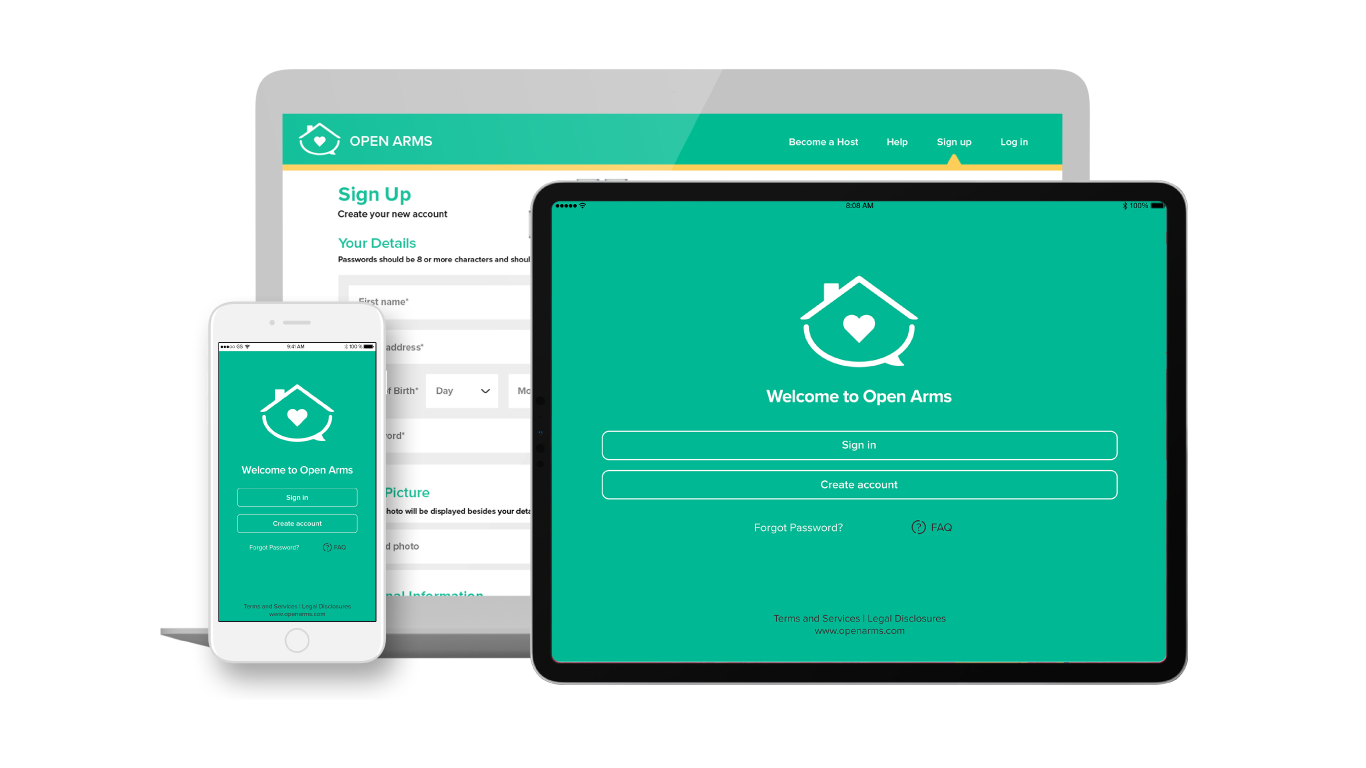 What was your research objective?
Our research objective for Open Arms was to answer the question of whether our app’s interface creates feelings of anxiousness for the user. Open Arm’s goal is to help a governmental core issue of homelessness, with that in mind, having a comfortable UI was the optimal choice for us. We also hope to find if users can navigate through the app easily and can access functions with ease.

On whom did you conduct your research?
We conducted our research on eighteen participants who were between the ages of fourteen and twenty-six. Twelve of the participants were males and six were females who for the most part, are still in school.  These eighteen participants were in the same demographics of being dependent on their parents. Each participant took the UI test from the comfort of their own homes within March 15th through March 17th. All participants completed the test.
‍
Quantitative Research
Quantitative data is data that measures values or counts that are expressed as numbers. This is a collection of how many, how much, or how often. Through our research, we found that while most of the testing was completed with 100% success, that wasn’t the case for the mobile. Mobile had three out of six tasks that weren’t 100% completed. Task 1 was 77% completed while Tasks 2 and 3 were 88% completed. The completion rate for task 1 was due to the users not knowing how to use the TryMyUI program. This went into the task duration of task 1, causing it to have a higher time on task of 182.6 seconds. With task 2, having one of the highest times on task for mobile and tablet, due to some users having difficulty locating the maps button or going to the resource page looking for a home to stay at. This shows us that we should make the button more visible or change the icon to something clearer for the user.
‍
Qualitative Research
Qualitative data is data that is a collection of categorical variables. This describes a ‘quality’ or ‘characteristics’ of a data unit. With our user testing, we found that users gave us feedback on what they liked and what could be better done for the app UI experience. Users had trouble with finding the map feature and gave suggestions of either making the color palette of the app different and easier on the eyes or having the map also located in resources seeing that a user would expect to find a home in resources. We also found that users want to make the share button of the messaging page more prominent. However, the biggest feedback was the resources page, in which users found it was lacking and wanted it to be more appealing. The qualitative and quantitative research we found was put into a Usability Test Report.

What was the most valuable lesson I learned?
The most valuable lesson I learned from this project would be time management. Considering that Interactive Design II was a hybrid class that met once a week, time management became the most important thing amongst ourselves and our group mates. Trying to find the time for when the group can meet up and discuss the app was challenging but very manageable.

Thank you for your time!